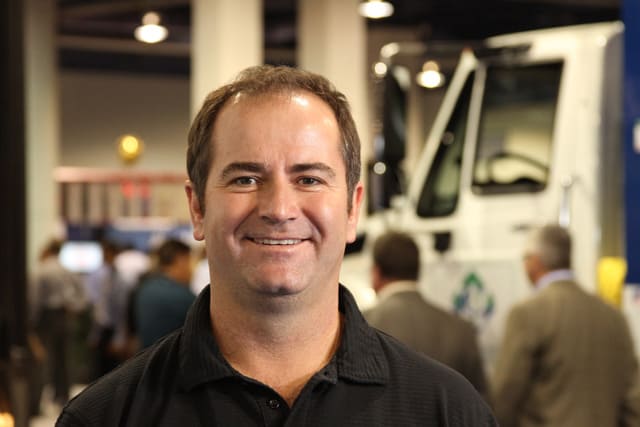 “Without a doubt, Scott is one of the smartest and most experienced people in the CNG fueling station business,” said Adam Comora, President of TruStar Energy. “His drive, knowledge and leadership have profoundly contributed our company’s rapid growth, and as general manager, he will continue to play a key role in our long-term success.”

Prior to starting Vocational Energy, Scott worked at McNeilus Truck and Manufacturing Company for close to two decades. Rising through the ranks, Scott finished his career at McNeilus as Vice President of the Refuse Division, generating $320 million in refuse truck sales.

“By aggressively expanding America’s network of CNG fueling stations, TruStar Energy is ushering in a new era of economic strength, lower carbon emissions and increased energy security, while keeping jobs and revenues here at home,” remarked Edelbach. “I would like to thank Adam, the TruStar Energy team and Fortistar for all of their support and our customers for being such great partners—this is an exciting place to work and industry to be in.”

TruStar Energy, a subsidiary of Fortistar, is the fastest growing compressed natural gas (CNG) fueling station owner, constructor and service provider in North America. The benefits of switching to CNG are compelling: natural gas costs approximately 46% less than diesel, runs about 30% cleaner and dramatically reduces vehicle noise. In addition to being a cleaner, cheaper and quieter alternative to oil, CNG is an immediate solution to the problem of reliance on foreign fuel.

With decades of experience in trucking and fueling, TruStar Energy professionals are experts at designing and building CNG fueling stations that are ready on time, on budget and are swiftly profitable for their owners. And with a rapidly growing network of public stations and 24/7 service and support, we’re always there when you need us.

TruStar Energy puts fleet owners in the driver’s seat by offering best-in-class, realistic and affordable options to meet a full range of fueling needs. For additional information, please visit www.trustarenergy.com and follow us on LinkedIn, YouTube, Twitter, and Facebook.