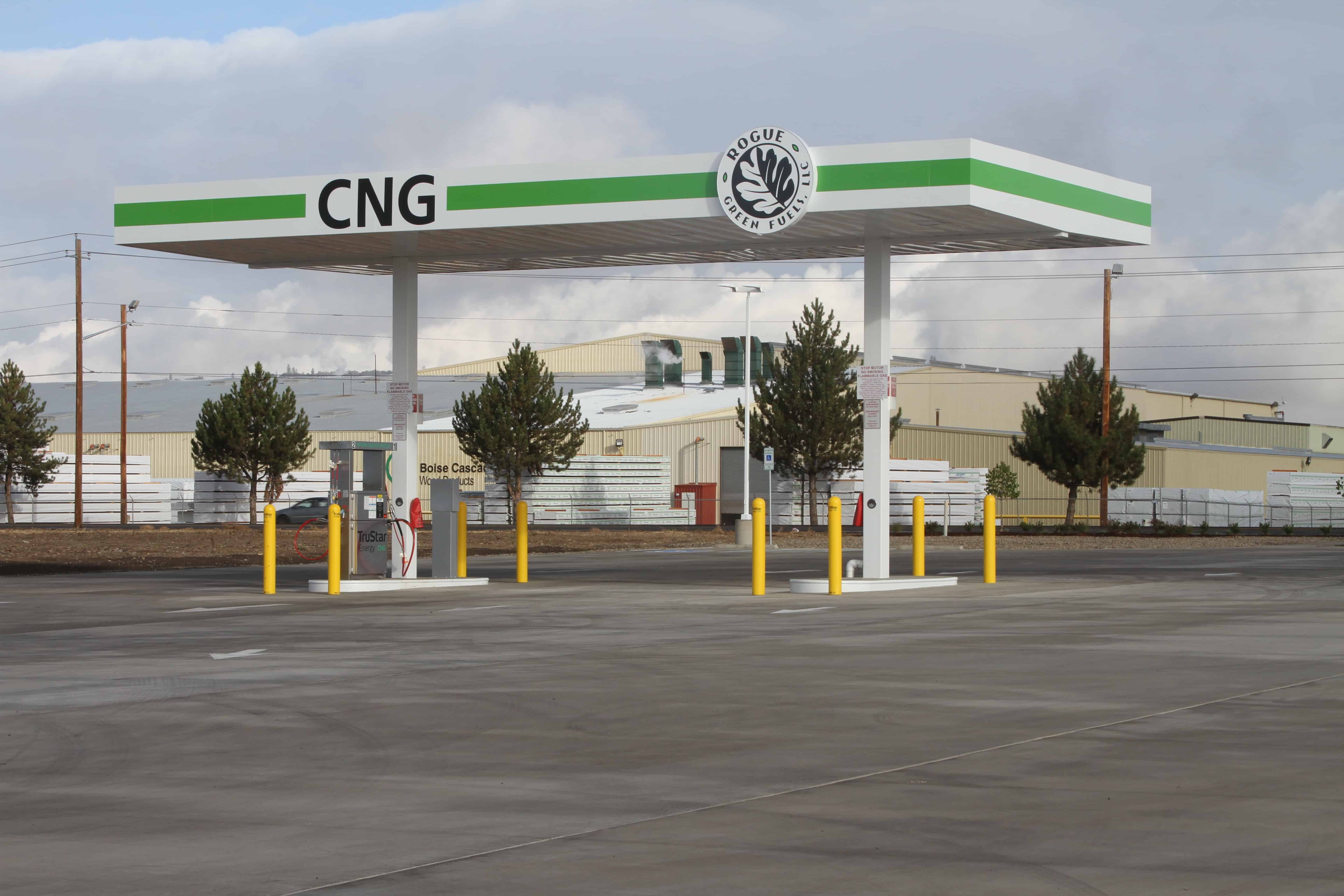 (White City, OR) October 5, 2016 – TruStar Energy, one of the nation’s leading developers of compressed natural gas (CNG) fueling stations, is proud to announce the grand opening of a CNG fueling station for Rogue Disposal & Recycling, Inc. The CNG fueling station, which will be known as “Rogue Green Fuels, LLC”, is located at 1125 Anthony Way in White City, Oregon, and will serve both the solid waste service provider’s growing CNG- fueled fleet, as well as the public.

“We live in a region where the quality of the air we breathe is an everyday concern for our citizens. We believe that clean air is critical to our communities’ long-term sustainability, quality of life and economic success. To that end, we are proud to be part of an effort to bring greater access to cleaner burning transportation fuels like compressed natural gas to the Rogue Valley,” said Lee Fortier, Engineering Manager, Rogue Disposal. “We are pleased to be partnering with TruStar Energy on this new CNG station.”

The company will be using the station to fuel their existing CNG fleet, and anticipates opening their station to the public this fall. This will be one of only three publicly accessible CNG fueling stations along a 400-mile stretch of the I-5 corridor, between Chico, California and Eugene, Oregon.

“Building out the CNG fueling infrastructure is a vital piece of the puzzle to making cleaner alternative fuels available to leading companies, such as Rogue Disposal. This station makes both financial and environmental sense for the company,” said Scott Edelbach, General Manager of TruStar Energy. “TruStar Energy is proud to support Rogue Disposal’s goals to reduce its carbon footprint and bring CNG to the Rogue Valley.”

Rogue Disposal’s conversion to a CNG-fueled fleet supports the company’s commitment to sustainability.Rogue has eight CNG-fueled recycling and waste collection trucks in its fleet of 36 vehicles, with three more on order currently. The company plans to complete a total conversion of the fleet over the next eight years.

Rogue Disposal awarded the CNG fueling station contract to TruStar Energy because of the company’s development and construction process that results in stations being completed on time and under budget. Ground was broken on the station in February 2016.

CNG is insulated from the price volatility of diesel and gas resulting from international conflicts and events, which in recent years have been responsible for dramatic price fluctuations. As for the environment, CNG-powered engines are clean and quiet; produce 30 percent less greenhouse gases; and do not need the costly exhaust after-treatment devices and diesel exhaust fluids required for diesel engines. Natural gas engines also have an average of 80 to 90 percent lower noise decibel level than diesel engines.

TruStar Energy, a subsidiary of Fortistar, is one of the nation’s leading developers of Compressed Natural Gas (CNG) fueling stations. With decades of experience in trucking and fueling, the company’s professionals are experts at designing and building CNG fueling stations that are ready on time, on budget and that are profitable for their owners. And with a rapidly growing network of public stations and 24/7 service and support, we’re always there when you need us.

TruStar Energy puts fleet owners in the driver’s seat by offering best-in-class, realistic and affordable options to meet a full range of fueling needs. For additional information, please visit www.trustarenergy.com and follow us on LinkedIn, YouTube, Twitter, and Facebook.