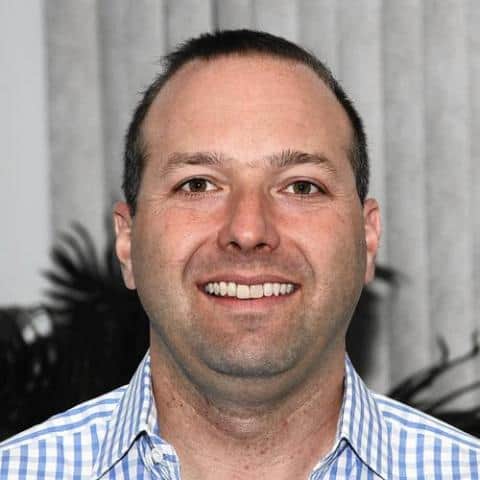 Adam Comora, 43, is president and chief executive officer of TruStar Energy, one of the nation’s largest developers of compressed natural gas, or CNG, fueling stations. Last week, TruStar opened a station in south Orlando. A Cornell University graduate, Comora’s career has spanned securities and energy. He has been TruStar’s top executive since it was created in 2012. He spoke recently with reporter Kevin Spear.

What are the advantages of compressed natural gas as a transportation fuel?

The boom in U.S. natural gas exploration and production has made natural gas much cheaper than oil on an energy equivalency basis with a less volatile price. In addition to better economics, the benefits of switching to and using CNG are environmental. Natural gas burns significantly cleaner than diesel with dramatically reduced truck noise. Additionally, because it’s domestically produced and abundant, CNG is better for our economy and assists us in gaining energy independence.

What’s setting the pace for expanding natural gas as a vehicle fuel?

Generally, it has been two issues: engine technology and fueling infrastructure. Until recently, there had been a lack of commercial CNG engines on the market. In the past couple of years, this problem has been largely solved. There is now a variety of high performance engines available for many different classes of trucks. As for fueling infrastructure, companies such as TruStar Energy are investing in high speed, commercial filling stations.

When will we see CNG stations at every Interstate exit?

It will be a long time before we see CNG stations at every Interstate exit primarily because there are very few CNG passenger vehicles being made. However, you will see over the next couple of years more public stations located along major trucking corridors.

Filling up with CNG seems more complex than what we are used to.

I wouldn’t say complex, but slightly different. Filling up with CNG fast-fuel pumps like the ones at our new TruStar Energy station takes about the same amount of time that it would with gasoline or diesel and the process is similar; insert your credit card, open the fuel receptacle, insert the nozzle into the truck, and turn on the pump.

How much more does a CNG-equipped commercial vehicle cost than a diesel version?

CNG engines add a premium, but most of the additional cost is due to the CNG tank system. For example, a CNG garbage truck costs approximately $300,000, which is about the same as a diesel garbage truck. However, the CNG tank package costs roughly $30,000 more. But the payback on this extra cost is approximately three years as a result of natural gas being cheaper than diesel.

Is CNG as motor fuel governed differently than natural gas for homes?

Yes, you don’t pay federal tax on natural gas that you use in your homes, but you do with CNG as a transportation fuel. The federal excise tax on CNG is 18.3 cents per energy equivalent of a gallon of gasoline. There are also state regulations and taxes on CNG fuel that are different from those that consumers pay their utility company.

Is natural gas suitable for the biggest over-the-road trucks?

Yes, there are new, 12-liter engines on the market now for larger trucks and benefits of switching to vehicles with these engines can be significant. Those include quieter roads, lower fueling cost, and lower emissions of carbon dioxide, sulfur dioxide, nitrogen oxide and particulate matter. The industry is still waiting for the development and introduction of a 15-liter CNG engine. What are drawbacks of natural gas as a motor fuel? I would say the drawback is infrastructure. There aren’t enough CNG stations. However, we are in business to change that. By aggressively expanding America’s network of CNG stations, TruStar Energy is ushering in a new era of economic strength, lower carbon emissions and increased energy security, while keeping jobs and revenues here at home.

To read the article in the Orlando Sentinel, click here.